Ours is a Story of Overcoming Labels

See the Benefits of 10-Weeks 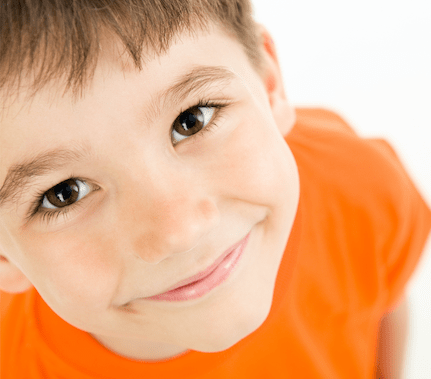 We would like to sincerely thank Minds-in-Motion for everything you did for our 6-year old son.

WHERE WE BEGAN:
We brought him to your center because we had concerns about his ability to stay focused and follow instructions in class.

THE LABELS WERE STARTING:
We even had a few teachers in the past say they saw attributes in him of someone who would be classified as “on the spectrum.” There were conversations about possibly putting him on ADHD medication, but we were not comfortable at all with that route, since he was only in kindergarten.

Our son participated in a 10-week program after school and a 4-week summer session, and we kept notes of our observations of his growth, which are below:

Week 1:
When riding in the car he used to zone out and not talk.

By the end of week, he was asking us to read him signs and he began reading street signs himself. Further, he has not asked to play with any technology.

Week 2:
After school he started volunteering information about what he did that day.

He had a reciprocal conversation with his dad about the coast guard, something he learned at school.

Towards the end of the week, he was using his shy voice considerably less (he would talk in a lower voice when shy). This improved to the point a few days went by and we didn’t have to ask him to use his “big boy voice” at all. This was a first.

He asked to ride his bike, which he normally wasn’t comfortable on.

Week 3:
Dad was reading on the couch, he came up and asked “what’s that?” -noticing surroundings more; when I was reading him the lunch menu I told him to pay attention to the choices and he cupped his hand around his right ear.

Week 5:
Swung at the park and leaned back – first time!

Week 7-10:
Increase in eye contact, reciprocal conversation, and teacher said he is more focused in school, and even raises his hand to answer questions!

Summer Observation:
His forward rolls on the trampoline were amazing!

(I used to fear he would break his neck when I watched him. This was still a challenge during the first session – but now he can do it.)

He is much more comfortable with his body and movements.

Vacation Bible School:
He raised his hand to offer an answer! Answering oral questions is becoming easier for him, as he finds the answer more quickly.

After summer:
Our son:

.
As you can see from our notes, there were quite a few unexpected and wonderful results from him participating in this program.

We believe our son was frustrated due to his struggle to communicate, had anxiety because of it, and would have breakdowns when he couldn’t take any more.

Since the Minds in Motion program he hasn’t had any breakdowns and, besides his ability to focus at school, the greatest result for us is that he has reciprocal conversations with us now.

Thank you for helping him reorganize his brain in such a way that he is more in the moment than he was in the past.

He just completed his first week of first grade and his teacher has been extremely complimentary of his classroom behavior, which did not happen in the past.

At home we were very diligent:

.
We feel we earned his amazing results due to the changes we implemented at home, as well as the stimulation he received at the program.

Thank you for all of your hard work not only with our son, but to educate us as well. We feel like we understand his prior behaviors better now, after the testing and summaries of his progress.

We highly recommend Minds-in-Motion to every parent tired of someone trying to label their child with anything other than their name.