The Power of the Minds-in-Motion Maze Witnessed First Hand

Last week I was talking to my principal about one of the students in my class and the progress I have seen since beginning the Minds-in-Motion program.

She asked me to write it down to share with others, so here goes my story of Michael… 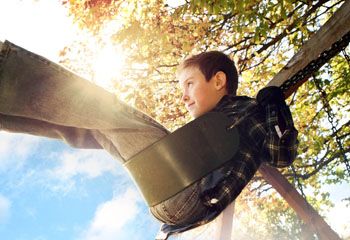 Michael is a student who has ADHD with no medication and struggles in all aspects of school.

He has a heart of gold that makes you just love him though!

All year, Michael has performed way below the typical first grade expectations. His grades in each subject are either failing or very low.

Our class began the Minds-in-Motion Maze. When we first began, it was obvious just from the skipping that Michael had challenges.

As I watched him go through each task, I was floored at just how true the connection was to his poor classroom work, too.

I had heard Candace tell how it was so obvious to see which kids struggled, but having now seen it with my own eyes and with my own class was truly amazing!

I had to literally hold Michael’s hands when we walked down and backwards up the stairs. He was so scared, but I reassured him that I would not let him fall.

Michael trusted me and began each day to try more and more on his own.

This leads me to the day of a reading comprehension test in my class….

We had gone over our week’s story again; so it was time for the comprehension test.

The test simply involved me reading several sentences to be answered T or F. I knew that most of the kids would get a good grade.

I was not prepared for watching Michael answer every question correctly!

He was legitimately answering correctly, and he was writing the letters ON the lines the best that I had ever seen him do.

When I graded his paper, I could not believe he was finally going to get a 100%. I grabbed a big sticker, slapped it on his paper and called him up to look at it.

The look that he had on his face is why I teach!

He was so excited; almost as much as I was! I quickly took him and his paper to show two colleagues, who had been seeing great results with the program as well.

They got to see Michael’s excitement. From there, we went to the office to show the Asst. Principal. Michael was so proud.

As I listened to him tell his story, I had to fan my eyes to keep from crying.

I was so happy for him and so excited at what I believe was a direct result of his participating in the Minds-in-Motion Maze.

I know Michael has a long way to go, but the big step that he took today helped him in more ways than by just getting a good grade.

It helped him to be happy and to see that he can be successful…and that’s my story!”