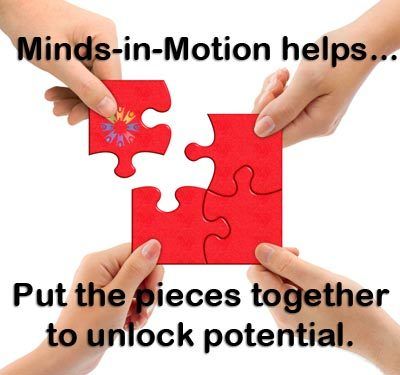 I wanted to write and thank you for everything you have done for our 7 year old son, Brian.

We adopted Brian from Ukraine nearly two years ago. At the time of the adoption, we knew he was developmentally delayed and had some issues that needed to be addressed.

In addition to speech therapy we started occupational therapy soon after returning to the United States. While we have seen significant improvements over an 18 month period with these therapies, Minds in Motion provided a quantum leap for my son.

When we started Minds in Motion, Brian would rock his head from side to side almost constantly, and he spun around in circles frequently. The first time we started the therapeutic listening the head rocking ended immediately while he listened to the music. We knew then that we would see some profound effects.

Over the course of 17 weeks, his head rocking has been significantly reduced, along with the spinning in circles. His balance has improved dramatically.

Other areas of improvement have been that he is not as sensitive to loud noises as he once was. Additionally, being caught out in the rain was an awful experience for Brian prior to Minds in Motion. Now being caught in the rain, while not enjoyable for him, it is a tolerable experience.

Brian has been able to concentrate better in school and just seems to be a happier, more content child with less frequent outbursts and melt downs.

Our experience with Minds in Motion has been incredibly positive and we continually recommend it to all of our friends who have special needs children. We are forever thankful that Minds in Motion is here for us and that a friend recommended you.